If everything is ok, all three LED shine continuously.

DIP3 to DIP6 sets communication binary address, from 0 to 31. Address 0 is not used and device doesn’t respond to it.

If you set all DIP switches to position log1 and reboot the device (cut off power supply), the unit clears the last configuration of EEPROM memory, this sets the default values. The unit indicates memory erase by flashing red LED D10. To return back to normal operational state, you need to switch all DIP switches down and restart unit.

In default state, the unit is set with following communication speeds:

The device is equipped with a USB to UART converter from FTDI manufacturer. After connecting the device to a computer, all the necessary drivers are installed, and new virtual serial port (COM) is created. With it you can communicate with the device according to the attached communication protocol.

Binary inputs are galvanically isolated using opto isolators and independent of input voltage. Input voltage range is from 10V to 30V. Every input has its own indication LED, which is lid on as output is in HIGH state.

The binary outputs consist of N-FET switching transistor. Load switching is realized by grounding (connecting negative wire). The transistor output is rated for switching 3A of continuous current, in short-term can switch up to 4A. Maximum switching voltage is 50V. Each output has a LED indicator that shines red when the transistor (output) is closed. 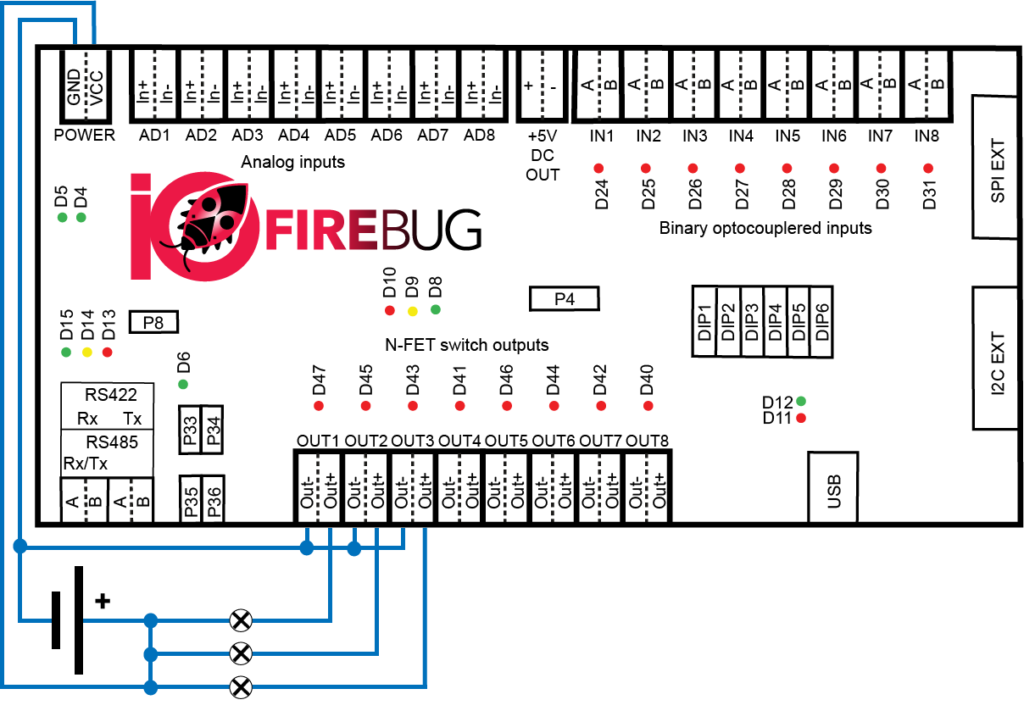 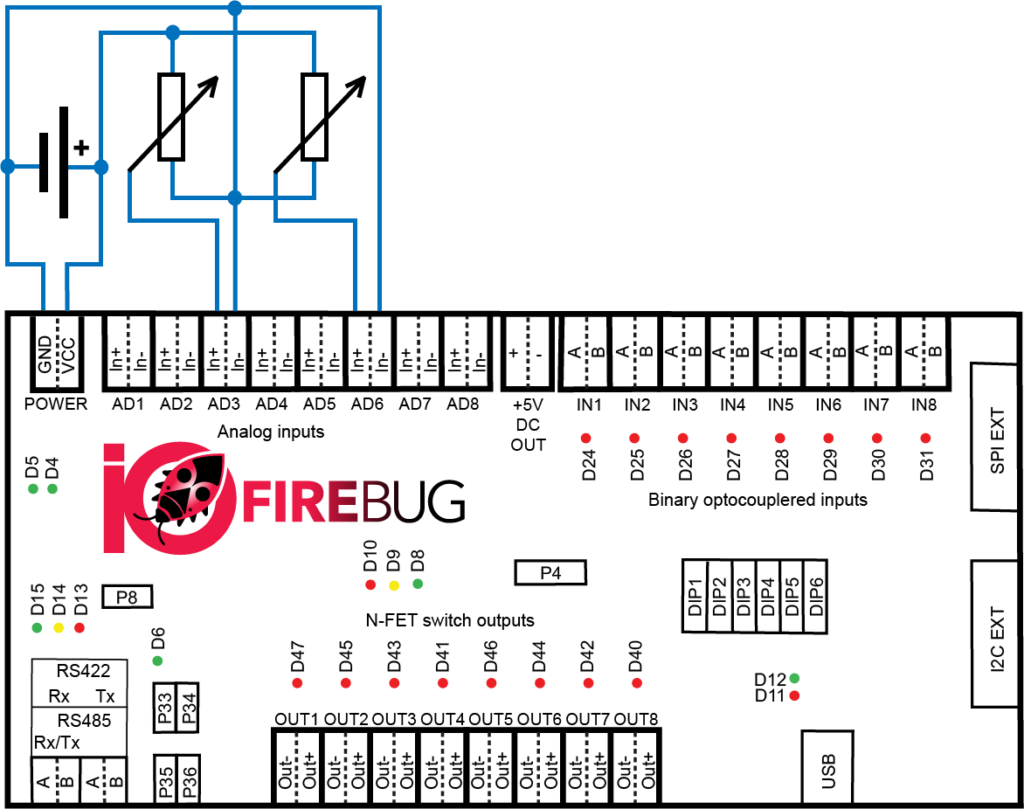 Expansion Module allows you to connect additional 16 digital inputs to the IOFireBug Engine. Inputs are electrically identical to those on the Engine device. Connection circuitry is therefore analogous. If module is last in the chain, bus must be terminated by P5 jumper.

The module is powered by the Engine device. Each input has its own LED that shines red when the input is in HIGH state. 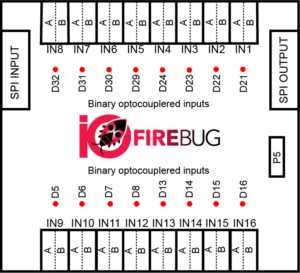 Expansion Module allows you to connect additional 8 binary outputs (N-FET) to the IOFireBug Engine. Outputs are electrically identical to those on the Engine device. Connection circuitry is therefore analogous. If module is last in the chain, bus must be terminated by P4 jumper. 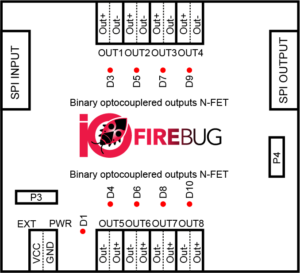 RS-485 interface allows connection of up to eight IOFireBug Engine sets (depending on the configuration and the required amount of data). RS-485 has only a half-duplex communication, and it is always necessary to assess the suitability of its use in a given application.

Option number one is to use RS-485 as USB convertor or RS-485 expansion card for PC. This solution requires third-party products.

More commonly used option is to use IOFireBug Engine itself as USB-RS-485 convertor. This can be achieved by connecting IOFireBug Engine to PC using USB cable, and other Engine devices connects to main engine’s integrated RS-485 interface (Rx/Tx pins).

When using the RS-422 interface, this firmware version supports only one IOFireBug Engine device, because it is a point-to-point connection. 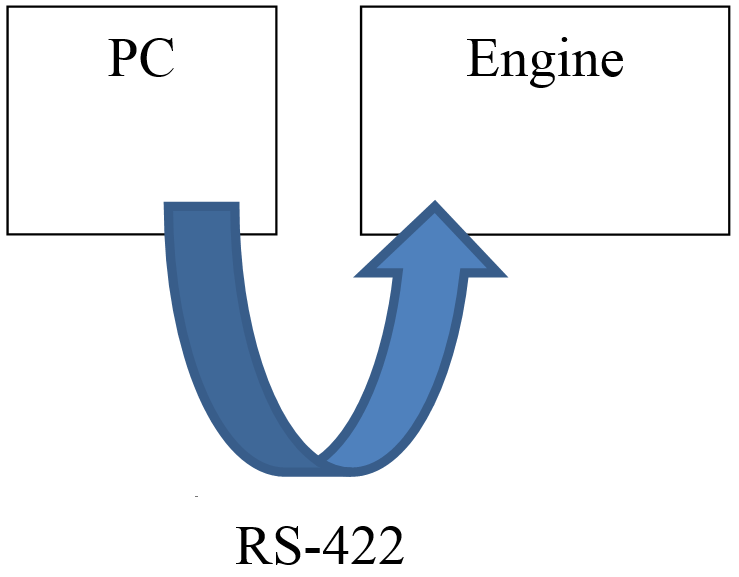 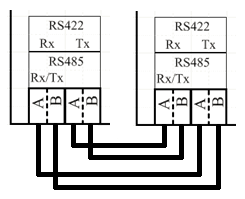